Nuclear scintigraphy, more familiarly known as a bone scan, is a diagnostic tool that is used to detect and localize orthopedic conditions. A bone scan is often recommended after an inconclusive physical and lameness examination where diagnostic tools have failed to pinpoint the source of the problem. These include negative radiographic and ultrasound findings or the lame horse that does not block sound. Other indications for a bone scan include a suspected fracture, multi limb lameness, poor performance or areas that are difficult to radiograph such as the pelvis and proximal thoracic limb. Depending on the symptoms of the horse, a bone scan of the whole skeleton may be needed or a scan of the front end or hind end can be conducted.

How does it work? The horse receives an intravenous injection of technetium 99, a short-acting radioisotope. Radioisotopes are small tracers that will bind to hydroxyapetite which is a major component of bone. Under normal and pathophysiological situations the only exposed hydroxyapatite is found where metabolically active bone is remodeling. After injection, the radioisotopes rapidly binds to hydroxyapatite and images of the area are captured with a gamma camera. The images are converted to computerized images and areas of concern will show up as “hot spots. The hot spots are areas that have absorbed high amounts of the radioisotope due to an increase in metabolic bone activity.

What to expect at Piedmont Equine:

Bone scans are performed in the equine hospital and your horse will be required to spend at least one night. You can drop your horse off the night before or the morning of the scan.

For the procedure, an intravenous catheter will be placed in your horse’s jugular vein, and the radioactive isotope “technetium-99” will be intravenously injected prior to the procedure.

After being injected your horse will be considered radioactive for an average of 24 hours. After 24 hours a Geiger counter will be run over your horse to ensure that he or she is no longer radioactive.

The day after the procedure, once your horse is no longer considered radioactive, a further workup may be warranted such as nerve blocks and imaging (radiographs and or ultrasound) and treatment may be initiated at this time. 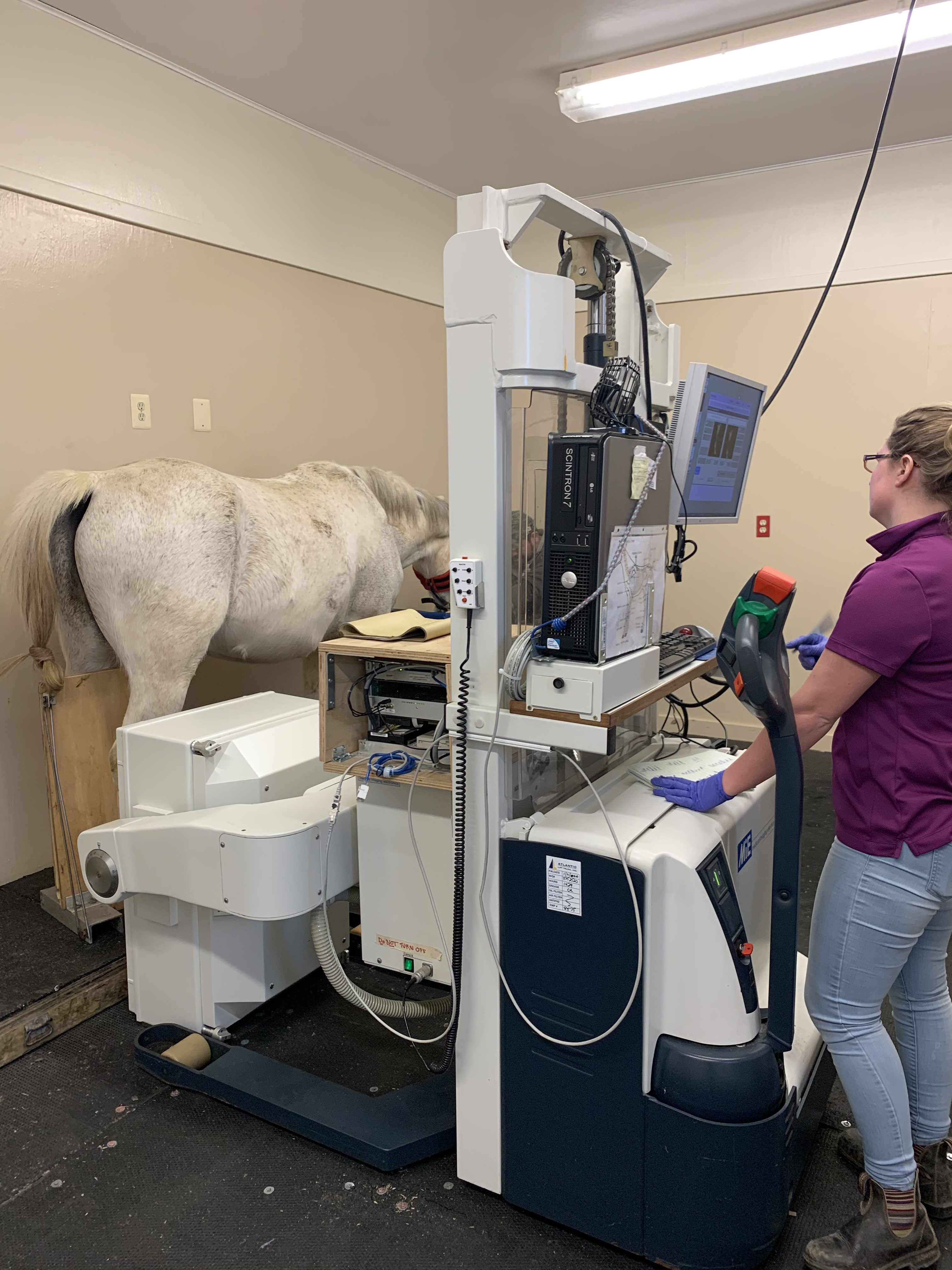